Activated carbon is a form of graphite that has been processed to create millions of tiny pores between the carbon atoms.  This increases the surface area to as much as 300-2,000 m2/g.

The increased surface area of activated carbon makes the material suitable for adsorption, a process by which impurities in liquids, vapors or gases are removed.  Contaminant molecules are held within the carbon’s internal pore structure by electrostatic attraction or, if the base activated carbon has been impregnated, by chemisorption (chemical adsorption).  The adsorption process helps carbon remove harmful materials (usually organic compounds), and certain types of activated carbon can also initiate chemical reactions, and/or act as carriers of biomass and chemicals.

Extruded Activated Carbon (EAC): combines powdered activated carbon and a binder, which are fused together and extruded into a cylindrical shaped activated carbon block with diameters from 0.8 to 130 mm.  These are mainly used for gas phase applications because of their low pressure drop, high mechanical strength and low dust content.

Granular activated carbon has a relatively larger particle size compared to powdered activated carbon and consequently, presents a smaller external surface.  Diffusion of the adsorbate into the interior pore surfaces is thus an important factor.  Since the rate of diffusion is related to particle size, the smaller the carbon particle or mesh size, the faster the adsorption (e.g., less contact time is needed).  Granulated carbons are used for water treatment, deodorization and separation of components of a flow system, and are also used in rapid mix basins.  GAC is designated by sizes such as 8×20, 20×40, or 8×30 and 12×40 for liquid phase applications and 4×6, 4×8 or 4×10 for vapor phase applications.  The most popular aqueous phase carbons are the 12×40 and 8×30 sizes because they have a good balance of size, surface area, and head loss characteristics.

Powdered Activated Carbon (PAC): an activated carbon with particles predominantly smaller than 100 mesh in size.  The majority of the particles are typically <325 mesh.

Each particle in this image, despite being only around 0.1 mm across, has a surface area of several square meters.  Traditionally, powdered activated carbons are made in particulate form as powders or fine granules.  Thus they present a large surface to volume ratio with a small diffusion distance.  PAC is not commonly used in a dedicated vessel, due to the high head loss that would occur.  PAC is generally added directly to other process units, such as raw water intakes, rapid mix basins, clarifiers, and gravity filters.  PAC must be removed by mechanical filtration if undesirable in the downstream process.

Acid Washed Carbon: Activated carbon contains varying amounts of ash, depending on the source material and processing.  Acid washing will remove or leach off most of the acid soluble ash and metals content before placing the carbon into an acidic stream applications.  The degree of acid washing is usually indicated by an acid soluble ash and/ or acid soluble iron (indicative of all the metals) specification for the product.  Acid washing may reduce the rinse volume needed to reduce the effluent pH to an acceptable level.  However, acid washing alone is not normally sufficient to eliminate initially high effluent pH values.

Catalytic Carbon: In general, any activated carbon product has some catalytic activity due to the presence of a small number of chemical functionalities present on the corners of its graphitic basal plane.  To enhance the catalytic activity of carbon, the surface is modified by a chemical or other process in which the electronic structure of the carbon is altered in such a manner that the resulting carbon offers enhanced catalytic capability.  As a result, the catalytic carbon (also known as “surface modified” carbon) produced by this method is not only rich in chemisorption, but also physisorption capacity.  Catalytic carbon is much more effective in removing chloramines than standard carbon.  One test showed a 5X capacity to chloramine breakthrough over standard activated carbon, when operating at the same conditions.

pH Stabilized Carbon: Most activated carbon products produce an initial effluent with a pH greater than 7.  The actual rise in pH depends on several factors such as surface charges on the activated carbon, the ash content of the starting material, total dissolved solids (TDS) of the influent water, the buffering capacity of the influent water, and pH of the influent water.  Historically, the initial pH rise was thought to be due to the ash content of the activated carbon.  However, recent studies have shown that acid washing alone is not normally sufficient to eliminate initially high effluent pH values.  The primary mechanism for the initial pH rise is now believed to be due to positively charged sites on the carbon formed during the activation process.  These sites appear to exchange anions from the feed water, thus raising the pH.  The solution to the pH rise problem is through a controlled oxidation of the activated carbon surface which inhibits the ion exchange phenomenon and stabilizes the effluent pH.  pH stabilized carbon is used to reduce the potential pH spike (magnitude and duration) that can occur when a fresh carbon bed is brought online.  The carbon will have an added specification of a maximum ‘modified contact pH’ to show it is a pH stabilized product.

Abrasion/Hardness Number: relative measure of the ability of granular or pelletized activated carbon to resist attrition during handling and use.

Absorption: a process in which molecules are taken up by a liquid or solid and distributed throughout the body of the liquid or solid, and usually associated with media swelling.  Activated carbons do not absorb other materials (impurities).

Adsorption: a process in which molecules or atoms are physically attracted to and concentrated on an internal surface by chemical or electrostatic (physical) forces, or both.

Apparent Density: usually measured in g/ cm3 (g/ml) or pounds per cubic foot.  Apparent Density is used to determine the weight of a fixed volume of activated carbon.  The solid or skeletal density (e.g., if all pore spaces were removed) of activated carbons typically ranges between 2.0 and 2.1 g/cm3 (125-130 lbs/ft3).  However, a large part of an activated carbon sample consists of void space within and between particles, and the actual operating (apparent) density is therefore lower, typically 0.4 to 0.5 g/cm3 (25-31 lbs/ ft3).  Higher apparent density provides greater volume activity and normally indicates better-quality activated carbon when comparing the same source material.  It can also indicate different starting materials (such as bituminous coal vs. lignite coal vs. wood).

Chemisorption (chemical adsorption): the binding of an adsorbate to the surface of a solid involving a chemical reaction between the surface and the adsorbate.  New chemical bonds are generated at the adsorbant surface.  Examples include macroscopic phenomena that can be very obvious, like corrosion, and subtler effects associated with heterogeneous catalysis.  The strong interaction between the adsorbate and the substrate surface creates new types of electronic bonds.  In an example of organics removal, an organic compound first adsorbs to the carbon’s internal surface/ adsorption pore and then can react with an impregnant in the carbon to either form a more adsorbable species or a species that is less toxic and can exit the bed along with the process stream.

Iodine Number: the amount (milligrams) of Iodine adsorbed by one gram of carbon at equilibrium with a 0.02N Iodine concentration filtrate.  Iodine Number is often reported in mg/g (typical range 500–1,200 mg/g).  It is best understood as an indicator of total pore volume.  Iodine Number is the standard measure for liquid phase applications.

Activated carbon performs a variety of functions depending on the application:

• Adsorption: the removal of impurities from liquids, vapors or gases; the most common application for activated carbon

• Reduction: e.g. removal of chlorine and chloramines from water based on chemical reduction reactions

• Catalysis: catalyze a number of chemical conversions, or be a carrier of catalytic agents (e.g. precious metals)

In most applications, activated carbon removes impurities from liquids, vapors or gases by adsorption.

Activated carbon removes chlorine from water by chemically reacting with chlorine via an oxidation-reduction reaction, rather than via adsorption.

Powdered activated carbon is commonly used as an “ingredient” in a reaction tank, where it is fed as a powder or slurry, to react with the contaminants in the process fluid.  It is also used for treating air, as in a gas mask and similar applications.

Granular activated carbon is the media of choice for fixed bed water treatment systems, as it exhibits the best mix of surface area (e.g., particle size) and pressure drop.

Air Purification: Activated carbon is used to control potentially harmful, environmentally damaging or unpleasant odors in a number of environments, including homes, manufacturing facilities and in operating rooms.

Food & Beverage: The Food & Beverage industry uses activated carbon as part of various processes, such as the decolorization of sugar, purifying organic compounds, chlorine removal, purifying CO2, decaffeination and many other practices.

Industrial: Activated carbon is used as a catalyst for many industrial applications; gas processing, gas storage and delivery, gold recovery, pharmaceutical purification and many other practices.

Medical: Activated carbon can be found in almost every hospital, clinic or doctor’s office in the world.  It is used to as a poison treatment, odor control, filtration, in respiration masks and wound dressing just to name a few applications.

Article is re-printed with permission of Craig Brown. Unauthorized reproduction of this article and/or use in any form is strictly prohibited without the expressed written consent of Craig Brown. 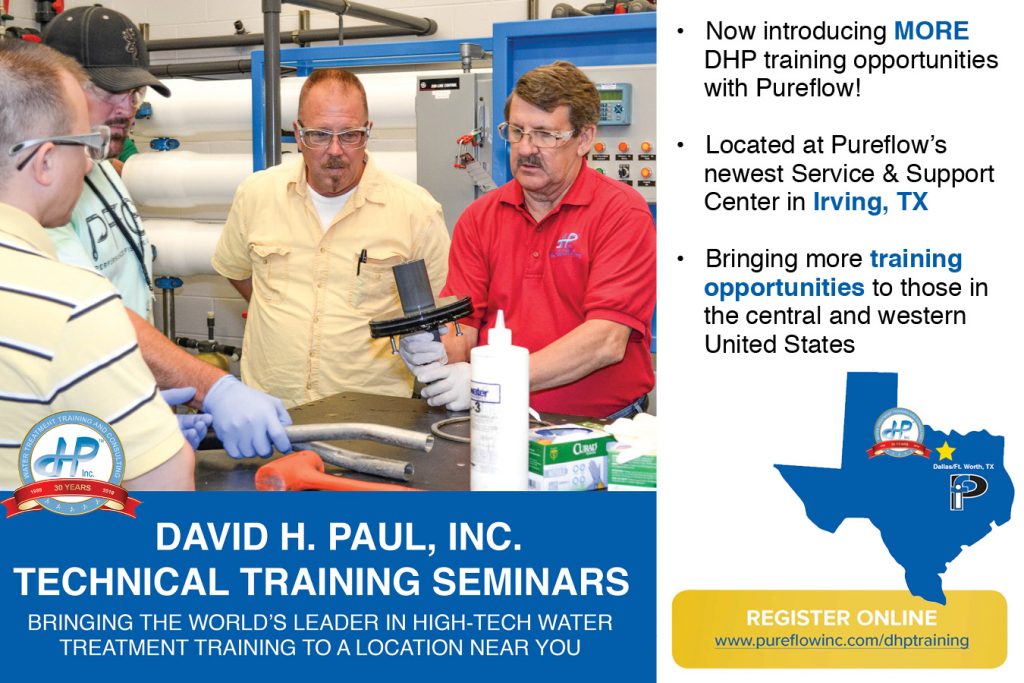